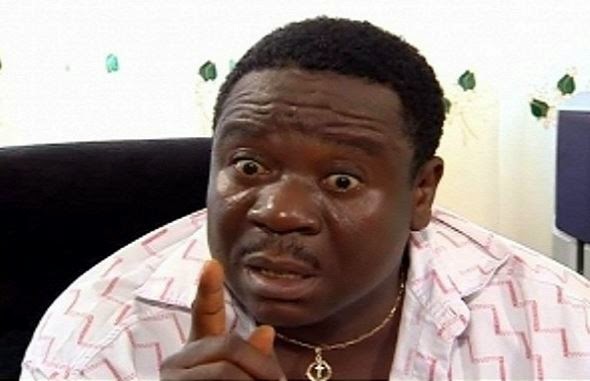 John Okafor known as Mr Ibu has taken a swipe at the Actors Guild of Nigeria,calling their leaders sycophants who chase after politicians for favours ..He aired his views in a new interview with Thisday..

What do you think is the problem facing Nollywood industry?

Nollywood is suffering from so many problems. One of these problems is the sycophancy from the industry’s leaders, the people in power. I mean the people running the industry are just running after politicians. Nollywood as a whole don’t have good leaders. All they do is attach themselves to politicians and seek for political office instead of restructuring the industry.
We don’t even have a standard office; we are not united and we are not financially structured. You can ask the upcoming stars how they cope; they will tell you the truth of what they pass through to have a role in a movie, especially the ladies. Some of them have abandoned their education to become movie makers. Our leaders are just using and dumping. I mean they are just using the upcoming artistes to act movies and achieve their aims. Sometimes they feature them in their movies without paying them.

Recently, the Akwa Ibom State Governor, His Excellency, Godswill Akpabio, donated N50million to Nollywood. But till date no one can give accurate account of how the money was shared. I, as Mr. Ibu, did not get a kobo from that money, talk less of others. Some people that claimed they are veterans in the industry just grabbed all the money and put it into their pocket. That is to tell you how greedy our leaders in the industry can be. They just went there collected the money and shared it among themselves. Without letting anybody know.

How do we go forward with that kind of attitude? We don’t have a secretariat; we don’t have a training centre for Nollywood. We don’t even have a school that young actors and actresses can benefits from. All they know is to run after governors and the president to collect money. Now, they are using the Actors Guild of Nigeria as another medium of collecting money from people. Is the guild not supposed to help its members? After all, members pay to register. Some female upcoming actresses even go out of their ways to look for money to join the AGN because they want to be connected.

What’s wrong in you being part of the AGN executives going to meet governors for assistance?

I don’t want to join those that bother the government. I don’t want to been seen as a beggar because I want a political appointment. I still want people to respect me, by letting my work to speak for me. I will only go to a Government House when I am invited by the Governor himself not to go and beg for a favour all in the name of AGN. I am from Enugu State. But do you believe I am not too close to my governor? I know I have been there twice. First time was when I went there to defend a tape in the press unit.

I didn’t even go to the governor’s main office. Second time was when my friend and my brother, Afam Okereke, was appointed as the SSA to the governor on media issues. And he invited me to come and celebrate with him. That is the second time I went to the office of the governor of my state. On my own, I have never visited the governor and I will never go begging for favour because I am a Nollywood actor or AGN member. I left AGN, for a better reason and I am not regretting it today.

But will you respond if the governor invites you?

Yes, I will respond; that is because I am invited by him. I am waiting for that day to come. But as for me to disguise as an AGN member or sycophant to seek for his assistance, that I cannot do and will never do. I don’t want to be embarrassed by any politician. I know many of my colleagues that they have chased out of the Government House because they were looking for assistance. I am a proud actor and I command respect for myself. I am not a broke ass. I am a famous actor –a very good one who earns a great pay. Why then should I belittle myself because I need attention or I am looking for financial assistance? It is not possible. If my governor needs me he will invite me, then, I will honour him.