Michael Sam Proposes to Longtime Boyfriend Inside the Vatican [PHOTO] 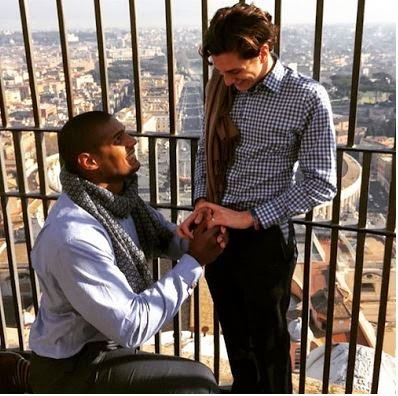 Imagine gays agreeing to marry each other inside the Vatican, the holy little city, knowing the Catholic church is not in support of gay marriage. The American football player did the unthinkable against all odds.

Read below from TMZ

Michael Sam clearly wanted to make a statement when he proposed to his longtime BF -- 'cause the football player popped the question right in Vatican City.

Sam posted the pic ... which shows HE was the one who got down on one knee and popped the question to Vito Cammisano last week.

We're told Sam and Vito were inside St. Peter's Basilica at the time.

It's sort of an act of defiance ... considering the Catholic church is still anti-gay marriage.