''Politicians are Liars. I Don't Trust Them'' – Pastor Adeboye 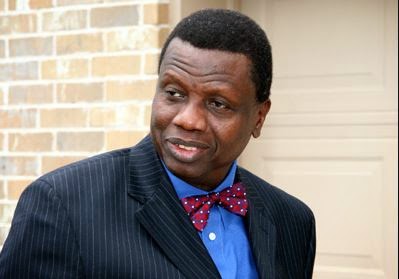 The General Overseer, Redeemed Christian Church of God, Pastor Enoch Adeboye, in Obafemi Awolowo University, Ile-Ife, during a two-day interdenominational prayer on Friday said he does not trust politicians.

According to the cleric, politicians in most cases hardly fulfill their promises.

PUNCH reports that Adeboye illustrated his claim with the story of three travellers – an Indian, a Jew and a politician. He said while the three men were travelling, they had a problem and went to a farmer for help, but the farmer said he could only accommodate two people. Adeboye said the Indian volunteered to sleep in the barn, but returned few minutes later that there was a cow there.

The Indian, according to the illustration, said he couldn’t sleep in the barn because cows were gods worshiped in his country.

The Jew also came back complaining that pig was inside the barn and that the place was dirty.

The politician also volunteered to sleep there, but instead of the politician to come back to complain, Adeboye said it was the pig and cow that came knocking that the politician should be sent away because he promised to make the environment, including the barn conducive with air-conditioner.

“I don’t trust politicians. Politicians are liars. They don’t fulfil most of their promises. A politician can tell you that they will give all of you (students) chicken each, which we all know it is impossible.”The RCCG General Overseer, however, asked Nigerians to stop worrying themselves over who would emerge winner in the next general elections. According to him, God is a master planner who has already planned the leadership development of Nigeria.