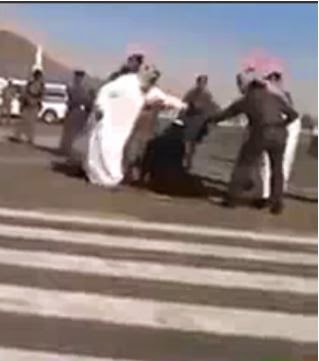 She was publicly beheaded in Islam’s holy city of Mecca,for allegedly abusing and killing her seven year-old step daughter. In the 2.50mintues video clip the woman was seen trying to resist being beheaded while screaming "I did not commit murder" but was continuously hit by the men to get her submit.

After minutes of struggling, she gave in and was laid on the ground. A man in white who was holding the sword strikes and beheaded her. Video below but please viewers discretion advised o.... I did some screen grab for those who don't want to watch the video below....

Then the ambulance comes with a loud speaker that shouts out “this is the interior ministry” continuing verses from the Quran:

“The punishment of those who wage war against Allah and His apostle and strive to make mischief in the land is that they should be murdered or crucified or their hands and their feet should be cut off on opposite sides or they should be imprisoned; this shall be as a disgrace for them in this world, and in the hereafter they shall have a grievous chastisement, Except those who repent before you have them in your power; so know that Allah is Forgiving, Merciful.” 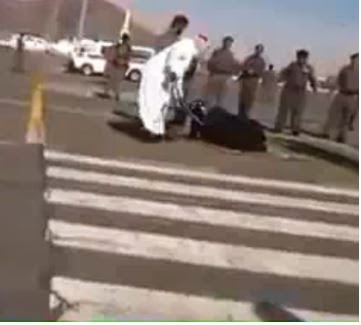 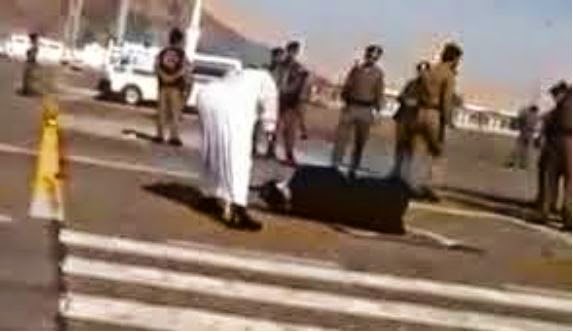