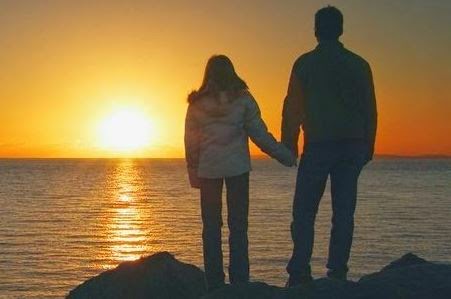 A teenager has told how she became engaged to her FATHER after the two were reunited following more than a decade apart.

The American woman was estranged from her dad growing up, but the two got back in touch when she was 17. After chatting online for a few weeks the two met - and felt an instant attraction.

Speaking to New York Magazine's Science of Us the anonymous woman, now 18, said:

"It was so weird and confusing. I was seeing my dad for the first time in forever but it was also like, He’s so good-looking!"I saw him as my dad but then also part of me was like, I’m meeting this guy who I have been talking to over the internet and really connecting with and I find him attractive."

She went to stay with him for a week and after just five days the pair discussed their attraction to one another, before losing her virginity to him.

They are now a couple, have become engaged, and even plan on having children together.

Some of their family members are aware of their relationship - and treat them "just like any other couple" - but her mum is still in the dark.

But the daughter says she will tell her mother once she and her dad have moved to New Jersey where consensual, incestuous relationships where both parties are over 18 are not punished.

She hopes her mother will still want to come and visit her grandchildren.

Asked if she was worried about the potential genetic problems that could face their children, she replied

"I wouldn’t risk having a kid if I thought it would be harmful. I’ve done my research."Incest has been around as long as humans have. Everybody just needs to deal with it as long as nobody is getting hurt or getting pressured or forced."

But asked if she would tell their children that their dad was both their father and grandfather, she was less sure.

"We’ve decided that most likely we won’t, she said. "I don’t want to give them any problems."