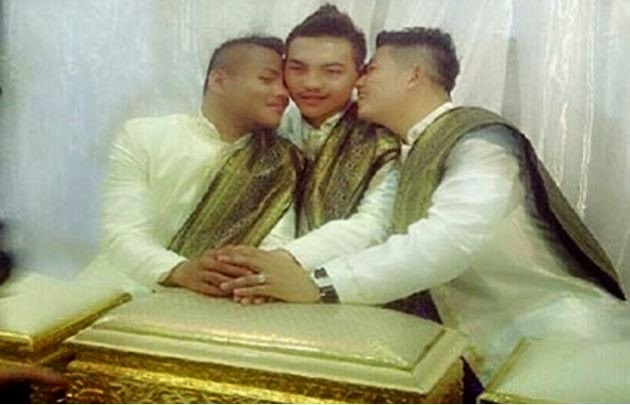 For the first time since gay marriage was legalized in Thailand, three gay men have come together and decided to marry as one union, according to wedding photos uploaded to the Internet. Read more from Worldwideweirdnews:

The three men, identified only as Joke, Bell, and Art, uploaded their wedding photos on the Internet, and they went viral on Facebook and Twitter.

Most social media users who saw the images congratulated them and also reshared the photos. In one of the photos taken before the wedding, the three men announced that their traditional wedding ceremony will take place at midnight on Sunday, but they did not say where the party will be held.

They also published a photo of their traditional wedding ceremony, which shows two of them kissing the one in the middle. Another photo shows the three men holding hands with a caption saying: “The three of us will forever hold hands and walk together.”