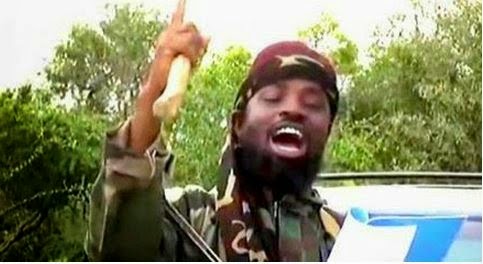 The All Progressives Congress Presidential Campaign Organisation has raised the alarm about reports of a fake Abubakar Shekau (Boko Haram leader) allegedly being paraded by the Federal Government, which it says the government intends to use to create an impression that it is winning the war on terrorism.

It said credible sources had alerted the APC that the fake Shekau might become a tool to blackmail members of the opposition “by coaching the phantom terror chief” to say he was working for the opposition party candidate, Maj. Gen Muhammadu Buhari(retd.), in order to link its presidential candidate to terrorism as it had attempted but failed in the past.

A statement by the Director of Media and Publicity of the APCOPC, Malam Garba Shehu, wondered where the “new Shekau” would come from after government, at several times in the past, announced that it had killed the insurgents’ leader.

“The charge to the military, that they should catch Shekau alive by the President in the last 24 hours, lends credence to the report that indeed a fake Shekau is about being created,” it said.

The statement noted that “the profile of the leader of the insurgents, Shekau, of a dedicated ideologue,” presupposed that the man was not likely to allow himself to be caught alive.

“It is both contradictory to the ideology he preaches and the psychological profile that the world has of him that Shekau would allow himself to be caught alive,” the statement said.

The APCPCO recalled that the attack in Kaduna, on the party’s presidential candidate, was believed by most Nigerians that it was perpetrated by the Boko Haram.

It added, “The police that are constitutionally empowered to investigate and report on such incidents have not contradicted the widespread belief that this was a Boko Haram’s attack.


“The view of the APC is that it does not make sense for General Muhammadu Buhari to be in league with, or be associated in any way with people who have set out to kill him.”