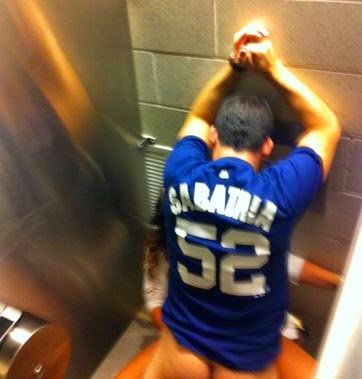 A couple was arrested on charges of resisting arrest after police had no choice but to use pepper spray to stop them from having s*x in public, prosecutors in the United Kingdom said. 23-year-old Hayley Samantha McClory and Lee Arron Hopps, 30, were brought before the Newton Aycliffe Magistrate’s Court, after being accused of having s*x in the women’s restroom of a pub. Scoop has more:

According to the police investigation, officers who arrived at the Wetherspoons pub in Bishop Auckland, County Durham, had to use pepper spray in order to remove the couple from the premises. An employee who entered the women’s restroom, heard noises in one of the cubicles and ordered the couple to leave, but they refused.

The employee called the police, who arrived at the scene and ordered the couple to leave. When the refused, the officers broke into the cubicle to arrest the couple. The couple resisted, prompting police to use pepper spray. Hopps was charged with using threatening, abusive or insulting words or behavior and resisting arrest.