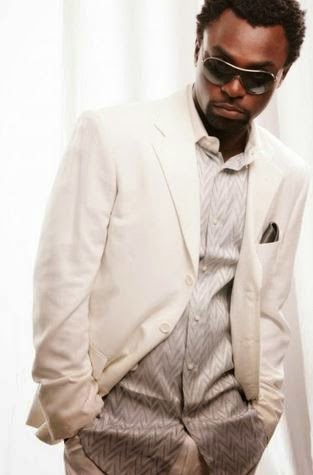 Again, I’m going to go out on a limb here to talk on a subject that may not be very popular or nice to Nigerian celebs, especially the guilty ones. I have said it severally that just because someone is a celebrity doesn’t mean they are smart. They may have a talent or skill but many of them are not smart especially when it involves their finances. The old saying, “your lies will come back to haunt you” has never been more true than the recent cases of D’banj, Iyanya and Wizkid who are being kicked out of their homes after lying they owned the properties.

The residents of blogosphere boulevard were stunned when the news broke that D’banj got an eviction notice from his landlord and was also said to be highly indebted. Yes, it is hard to believe that someone of D’banj’s status could actually be thrown out of his house. But for those who know that the Nigerian entertainment industry is built on lies and more lies, it didn’t come as a surprise or a case of a cranky landlord. Entertainers are well rehearsed liars. They are not what they make you believe they are. Even the upcoming artist with just one song on radio issues a press release that they’ve bought a mansion in Lekki Phase One and a Range Sport SUV?

There was a time when it was strongly whispered that Don Jazzy and his crew owned Club Jonzing until the truth came out. You must have also heard that D’banj owns Koko Lounge. My brothers and sisters in habit of believing everything you hear, I wish you all knew how your favourite celebs laugh in their closet seeing you swallow the lies like fufu and draw soup. Let me give an example of how some artistes can be terrible liars, we were on a tour of five Nigerian cities with Basketmouth and his then Humour Unlimited monthly show sponsored by BAT.

When we got to Enugu, a certain artiste was snoring like a broken trailer exhaust pipe in the bus on our way from the event centre to the hotel. I tapped him hoping to stir him up to reduce his noise but I was shocked when he woke up immediately swearing that he wasn’t snoring, that he was only trying to get our reaction. Our reaction? After snoring for about 20 minutes with a trail of saliva from one corner of his mouth to his shirt collar! O’boy some people can lie in Africa.

Did you hear it on breaking news when Iyanya bought a house in his dreams? His management must have thought it was a fantastic promo strategy then. If only they knew that not far into the future, Iyanya would be dragged by his balls across the floor of the internet, and that his aggrieved brother would take to twitter to inform everyone that Iyanya had been evicted (not from Project shame) from his dream mansion. Yes, it is double wahala for deadi-bodi and the owner of deadi-bodi but won’t it be tripple wahala for Oritsefemi and his management when fans eventually discovered that the N200m mansion he purportedly bought some months back was actually bought in his dreams and not in the real world?

How much does he charge per gig and how long has he been playing these gigs to be able to afford a mansion of that amount? Isn’t it wonderful how naija entertainers think their fans and everyone else is shallow and gullible? Common sense should tell every artiste that these lies won’t achieve anything but hurt their careers in the long run when the truth is eventually revealed. Like it was revealed this week that Wizkid’s car hasn’t been paid for.

True, some naija musicians make a lot of money, but not the kind of money they want you to believe. Does Oritsefemi look the part of a N200m house owner even with all his body cream? The telco brand ambassadors who are being coerced into lying about their endorsement fees can’t make such a preposterous claim not to talk of someone with no endorsement deal. I shivered when I saw in some blogs over the week that Genevieve just bought a house in Ghana for a whopping $4m.

This will go down as the grandmother of all lies told so far. Genny baybay, you should have asked yourself if there’s any house worth $4m in the whole of Ghana, except you bought the Ghana National Theatre which by the way may not be worth $4m. These lies are getting dumber by the day. The worst thing that can happen to any man is believing his own lies. If we had a system where entertainers are taxed for their acquisitions, the ridiculous and unnecessary lies will stop. They will speak the truth and nothing but the truth or so help them God.