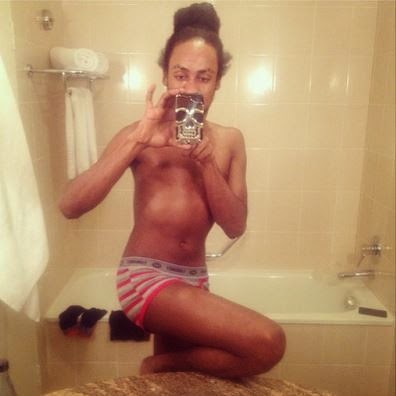 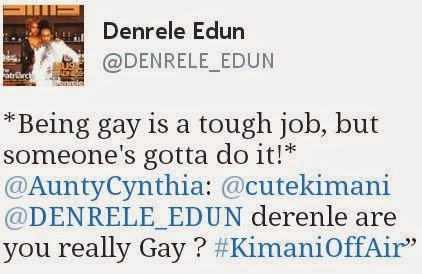 Popular Channel O VJ, Denrele Edun might jut have revealed that he is gay. In a Twitter interview with Kimani Off air on February 22, 2015, Denrele who is known for his eccentric crazy personality was asked if he was gay.

The wild haired media personality whose sexual orientation is questioned by many often refers to himself as a sexual outlaw and replied the question as to if he is gay saying "Being gay is a tough job, but someone's gotta do it!".