Ex-Generals Reply Nigerian Military: You are Rude to Obasanjo 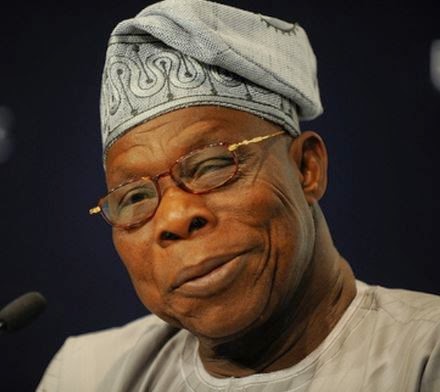 A group of retired senior military officers have lashed out at the Defence Headquarters for describing former President Olusegun Obasanjo as an embarrassment to the military institution in an online post.

The Defence Headquarters in a remark on its Facebook page on Monday had accused Obasanjo of politicising serious national security and military issues.

The military authorities were reacting to a statement credited to the former President that the general elections were postponed to enable President Goodluck Jonathan use the Service Chiefs for tenure extension.

But reacting to the military, former Chief of Army Staff, General Alani Akinrinade,in an interview with The Punch, condemned the military authorities over the comments.

He said Obasanjo was exercising his political rights, adding that it was absurd for a junior officer to talk against his superiors, the way those in the military today are talking to Obasanjo:

“Obasanjo has exercised his political rights. I think his joining politics is what is causing this nonsense. What is the business of the Defence Headquarters in politics anyway? How did they get to the point where they are reading political statement by politicians. They are now reacting to it. Obasanjo didn’t abuse the armed forces. He must have his reasons for what he said. It is a very bad idea for a junior officer to come out in the public and chastise an ex-commander-in-chief.”

Also, a former Director of Army Legal Services, Col. Akin Kejawa (retd.), described the comments against Obasanjo as being the product of “the indiscipline that the military has degenerated into.”

Kejawa, cautioned the military authorities, saying the reaction betrayed the tenets of respect and discipline that the Army was noted for. According to him, the comments made mockery of the army.

He said, “It is unethical. They should know how to respect elders. I have read the report this morning and don’t think that is good. It is very disrespectful. He was a former head of state and he should be accorded due respect, no matter what he has said.

“This is what we are calling indiscipline in the military. A commander is doing something; you cannot come out and start condemning him. In the military, we don’t do things like that. That is my own personal view and as a lawyer with experience in military law, that is not proper. Can somebody call his father a stupid person? No matter what mistake he has made, you can’t dishonour him.”