Home Gossip News Honeymooner falls off 4,000ft cliff as he steps back to take a photo of his bride [PHOTO]

Honeymooner falls off 4,000ft cliff as he steps back to take a photo of his bride [PHOTO] 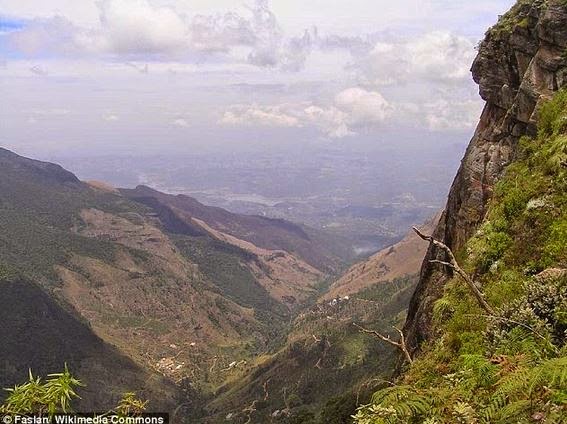 A Dutch man on his honeymoon escaped death after falling 4,000 feet off a cliff top - by landing on a tree top.

According to Dailymail,the unnamed 35-year-old was visiting the World's End mountain when he stepped back to take a picture of his bride, and plummeted off the edge.

He was rescued by Sri Lankan troops and is the first person in history ever to survive the fall.

'He was extremely lucky because he fell on top of a tree about 130 feet from the top.He is the first person to survive a fall from World's End.

Troops used ropes to reach the man and winch him to safety. Some 40 soldiers were involved in the initial rescue which was later backed by a military helicopter.

The man had to be evacuated from the area on the shoulders of troops, who carried him over a distance of three miles to the nearest point at which he could be driven to hospital.

'His condition is stable and he is out of danger.'

In 2011, Christopher Pilther, a 53-year-old Australian, fell to his death off the mountain top whilst visiting on holiday.