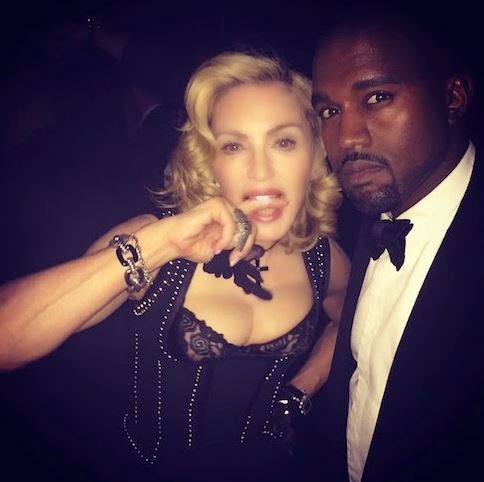 Madonna has called Kanye When asked during a recent interview with Rolling Stone, Madonna said

He's a brilliant madman. He can't help himself,. "Like, he doesn't have the same filters other people have. He has to blurt things out—he's always saying inappropriate stuff. But he also has brilliant ideas in the studio, if you can get him to pay attention long enough."

"I don't always agree with the things he says or does—I don't always like his music, even. But he's a beautiful mess," she says. "I love him...I think he takes award shows too seriously...So that part of him I can't relate to. Like, what's the point of fighting for somebody to...like, 'This person should have got it?' Don't come to an award show looking for justice!"