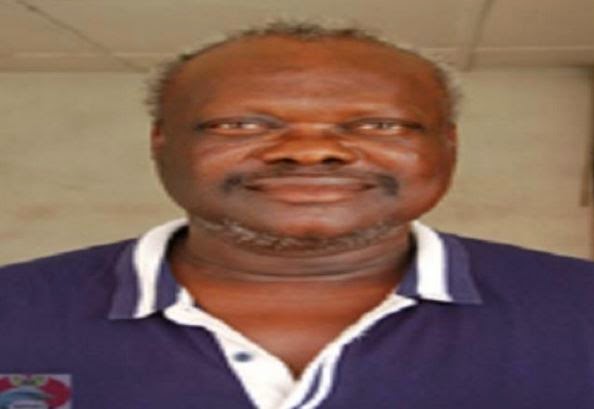 The Economics and Financial Crimes Commission, EFCC, on Thursday February 19, 2015 arraigned one Chief Felix Ogbebor before Justice B. O. Quadri of the Federal High Court, Port Harcourt, on 8-count charge bordering on conspiracy, forgery, and obtaining money by false pretence to the tune of Seventy Seven Million Naira (N77, 000, 0000.00).

He allegedly presented several forged documents to support the claim of ownership of the said land. But the unsuspecting church which wanted the land to build its new worship center paid the sum of Seventy Seven Million Naira (N77, 000,000.000) to the accused.

However, when they attempted to take possession of the land, they were stopped. One Professor Ebi Awotua Efebo came with documents, showing that the land in question belongs to him. The documents showed that he bought the land from one Chief Nelson Chukwu as far back as 1990.

One of the counts read, “that you Chief Felix Ogbebor sometime in March, 2011 at Port Harcourt within the jurisdiction of this honourable court, with intent to defraud, did obtain the sum of Seventy Seven Million Naira (N77,000,000.00) only from the registered trustees of Living Church (Winners Chapel, Stadium Road, Port Harcourt) being payment made to you as owner of the piece of land lying and situate along Uyo street (Ohia Mini Apu), Rumuomasi, Obio Akpo Local Government Area of Rivers State, measuring an area of 4211.769sq.m, a pretext you knew to be false and thereby committed an offence contrary to section 1 (1) (a) of the Advance Fee Fraud and Other Fraud Related Offences Act 2006 and punishable under section 1 (3) of the same Act”.

He, however, pleaded not guilty.

In view of the plea of the defendant, the prosecuting counsel, J.N Dogonyaro asked for a trial date and prayed the court to remand the accused in the EFCC custody. But defence counsel, R.E. Wanogho formally presented a bail application and urged the court to grant the accused bail.

Justice Quadri adjourned the matter to February 24, 2015 for ruling on bail application and remanded the accused in EFCC custody.