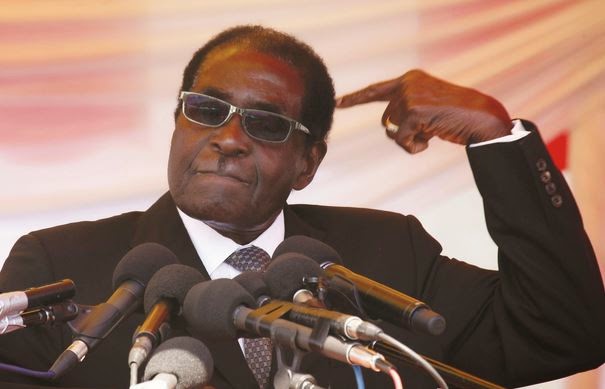 There is outrage over Mugabe's plans to celebrate his birthday by slaughtering two elephants and a lion.The animals will be killed to provide meat for the Zimbabwe President's 91st birthday celebrations.About 20,000 guests are expected at the party which would cost Mugabe atleast $1m at the Victoria Falls.Workers in the country have also been forced to contribute to the feast ,as teachers had $10 taken from their monthly pay.

“We are going to ensure that the wonder of Zimbabwe celebrates his 91st birthday where one of the wonders of the world is,”

"To plan the slaughter of endangered species like this does not accord honour to any individual or nation, in fact it, quite rightly, it brings only shame and embarrassment. There is no dignity in such a demonstration of self-indulgent lack of care and brutality"

“I am totally disgusted by the news,“We claim to have the best conservationist policies in the world, but our president does not set a good example. How can he talk of anti-poaching when he is allowing this to happen?”