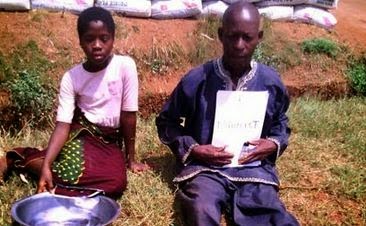 Luck ran out of a suspected 64-year-old ritualist, Michael,who lured an 11-year-old girl, Faith Irabor, from Agbor, Ika South Local Government Area, Delta State, to his home at Egbudu Akah, Aniocha area of the state, today, as he was caught by soldiers.

Vanguard reports that,Faith was hawking sachet water at the popular Uromi Junction, along Benin City-Asaba expressway when Michael showed up and after allegedly hypnotizing her, took her on a motor-cycle to Egbudu Akah.

“He deceived the little girl by telling her that he would take her to where she would readily buy bag(s) of very chilled sachet water at cheaper rate.”The girl boarded his motorcycle, but refused to enter his house on getting to the community.

Soldiers of the Joint Task Force, JTF, Agbor, who later got wind of the incident, went on a trail of the suspect, who confessed that he was working with a ritualist, Christopher, aka Scatter.

He said Christopher gave him some powdered chemical and perfume, which he used to hypnotize people, adding that he promised to build a house and buy Jeep for him in due course.