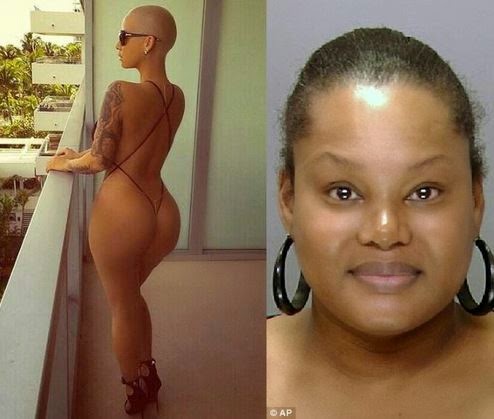 Transgender hip-hop artist accused of killing a London break dancer with an illegal buttocks injection name-dropped her way through testimony Friday, claiming that model Amber Rose was among the celebrities who had sought out her services.

Dailymail reports that, Padge-Victoria Windslowe testified in court that Rose, 31, started receiving injections from her before she became famous and continued until two days before the 2011 death of 20-year-old dancer Claudia Aderotimi.

She said under cross-examination that rapper Kanye West dropped her off for one procedure when the two were dating and that she was supposed to perform a 'correction' on Nicki Minaj that never happened.

Clients from rappers to strippers to fellow transgender women paid thousands of dollars to plump their posteriors, Windslowe said.

'Amber was like a walking billboard, 'She brought a lot of girls from VH1.'