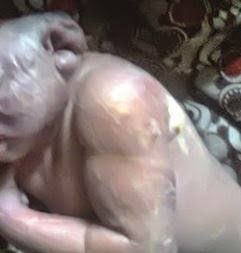 There has been shock and fear ,over a strange baby born at a maternity centre (name withheld) situated at Ifosan area of Ilesa, in Osun State.

Speaking with Saturday Tribune during the visit on Thursday, the proprietress, (she is called matron by her staff) said the woman who gave birth to this deformed baby was “about 25 years old and she has been without a child for three years.”

“this woman lives in one of the farm settlements on the outskirt of Ilesa. She registered for antenatal service here. So, when she wanted to put to bed, her relatives rushed her here to deliver the baby.

“But we were shocked to the marrow when she eventually delivered the baby with two horns on the head after going into labour for some hours. By the time she was delivered of the baby, it was already dead and we had to separate it from the placenta.

“I have never seen such a terrible creature in my life. So, we helped to pack the dead baby and the placenta and handed them over to them before they left our premises. It was indeed a fearful development and we were saddened about it.

“This is not something we can celebrate. So, I ordered by nurses and other attendants to keep their mouth shut over the incident. But, I am very surprised how you people got to know about it and came here to inquire about it. I do not want anyone to make something unnecessary out of this or create problems for us here,” she stated.

She would not disclose the whereabouts of the woman who delivered the baby.

“I cannot give you any details about her. Like I told you, she lives in one of the farm settlements on the outskirts of Ilesa and I don’t really know the area and I want you to leave me out of this matter,” she added.

All efforts to locate the exact location of the baby’s mother and her identity were not successful. 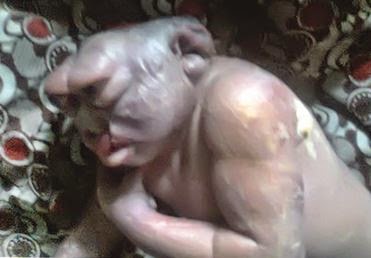 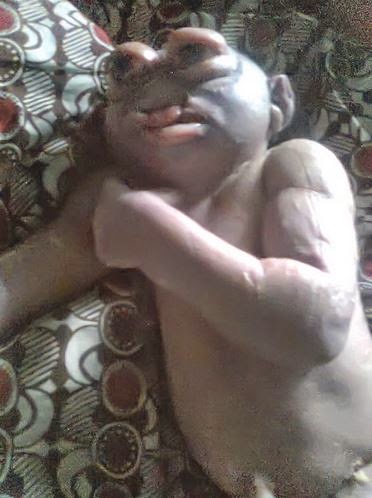