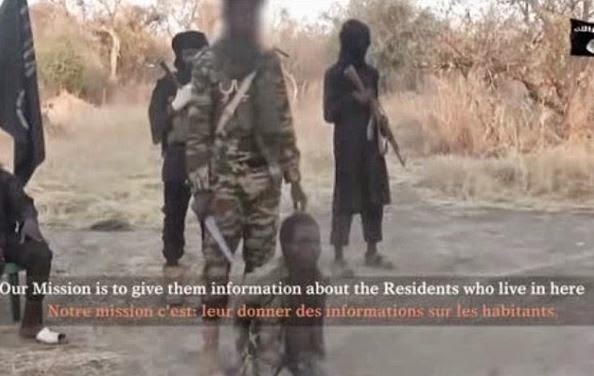 Boko Haram has released a new video which shows the executions of two alleged spies.

According to AP,In the video posted on Monday titled “Harvest of Spies,” a man identified as Dawoud Muhammad of Baga city on his knees in the bush before several armed and masked fighters. In response to questions, Muhammad says a police officer paid him 5,000 naira ($25) to spy and promised to make him so rich he would never have to farm again. The other man is identified as Muhammad Awlu.

The video does not show the actual beheadings but the two bodies after the executions, with heads on the chests.Worthy of note is the fact that,the video is similar to that of the ISIS militants.

O God! When will all this jagbajantist stop?