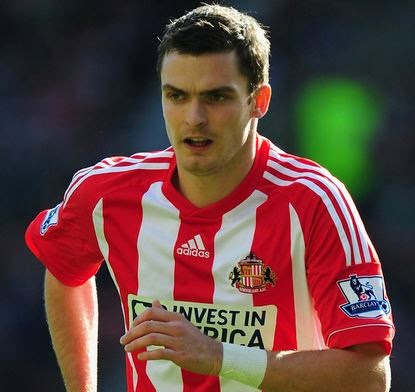 Sunderland winger Adam Johnson has been arrested on suspicion of having sex with a 15-year-old girl.

The 27-year-old was arrested at his home on Monday morning.

A spokesperson for Durham Police said: "A 27-year-old man was arrested earlier today on suspicion of sexual activity with a girl under 16.

“He remains in police custody and is helping officers with their enquiries.”

A further statement from Durham Police is expected on Monday.

Sunderland have also released a short statement confirming the player will be suspended for the duration of the investigation.

"Sunderland AFC has confirmed that Adam Johnson has been suspended from the club, pending the outcome of a police investigation. No further comment will be made at the present time."

Johnson joined the Black Cats in a £10 million deal from Manchester City in August 2012 and has made 28 appearances for Gus Poyet’s side this season.