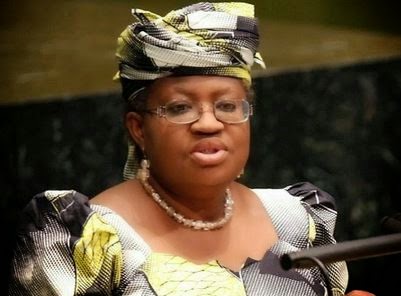 The Minister of Finance, Ngozi Okonjo-Iweala, has denied that the fuel scarcity witnessed in some parts of the country was caused by non-payment of oil marketers.

Mrs. Okonjo-Iweala said this while briefing newsmen on Tuesday in Abuja.

“I want to emphasise that contrary to some unfounded speculations, the queues are not caused by payment issues.

“As you know, we paid the marketers a total of N320.8 billion from the Excess Crude Account in two instalment in December last year.

“This underscores the fact that we are taking payment of marketers very seriously indeed.

“We’ve been in constant touch and talking with the marketers and a week ago we reached an agreement with them on their core concerns which we have addressed”, she said.

She said that the government was very concerned about the fuel queues which had appeared in Lagos, Abuja and other parts of the country.

According to her, the petroleum ministry and NNPC have worked very hard to reduce them to the barest minimum.

“We sympathise with Nigerians whose lives are being disrupted by the queues and assure them that we are working hard to end them as quickly as possible.

“The situation is due to a mix of factors including disruption of pipelines and logistical issues and they are being attended to urgently”, she said.

The minister said that government had reached an agreement with the marketers union on the N185 billion balances of their payment.

She noted that as part of this agreement, it would pay the costs they incurred, their fees and interest and forex differentials.

She added that Debt Management Office (DMO) had issued Sovereign Debt Notes to cover N100 billion out of the N185 billion agreed upon as balance for the next payments.

“CBN has also given approvals for the banks to issue letters of credit”, she said (NAN)