I no longer See Patience Jonathan as the First Lady – Soyinka 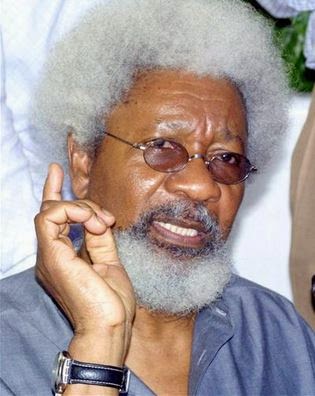 Nobel laureate ,Wole Soyinka has announced that he nolonger sees Dame Patience Jonathan as Nigeria’s first lady; THE CABLE reports. Soyinka made the comment after listening to the first lady’s outburst during campaign rallies organised by the Peoples Democratic Party.

She had been quoted as saying Muhammadu Buhari, presidential candidate of the All Progressives Congress, APC is brain dead and urging supporters to stone anybody that preaches ‘Change’.

In his reaction, Soyinka told DW, a German radio station, "What she said was totally unacceptable. I no longer regard her as the first lady of Nigeria”.