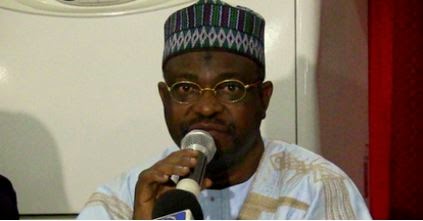 Former Speaker of the House of Representatives and former member of the Board of Trustees (BoT) of the Peoples Democratic Party (PDP), Hon Ghali Na’Abba has said in his 16 years sojourn in the PDP, the only regret he has is working for President Goodluck Jonathan’s election in 2011.

In his words: “My only regret is partaking in the election of Goodluck Jonathan. I have really regretted being among those who partook in the campaign to have him as the president of this country even though I did it altruistically but I think he has betrayed this country. What he said when we were going to begin was that he would work to ensure and sustain the unity of this country.

“Today, he has become the most divisive president in Nigeria. He has divided Nigerians along religious and ethnic lines. There is no week that he would not go from one church to another, issuing political statements. The Archbishop of Jos, Bishop Kaigama had to warn him to stop doing that. Imagine today if General Buhari would be moving from mosque to mosque campaigning, what would happen to the country, the same Buhari they are accusing of wanting to Islamise Nigeria. I believe that this man [Jonathan] must go. We need a leader that has values in this country.”

Na’Abba who resigned from the party last week, in an exclusive interview with LEADERSHIP, said over time, he had lost confidence in the ability of Jonathan to lead the country and though he had tried to advice on the need for the proper things to done, his advice was not heeded, hence the decision to dump the PDP once and for all.

The former speaker who has now joined the APC, further accused president Jonathan and his party, the PDP of working to either ensure that the general election, scheduled to begin this Saturday, do not hold or setting the stage for the result to be discredited, if it is not in their favour.

“They either don’t want the elections to hold or they want to chip away the credibility of the elections once they lose. They want people to accept that there are anomalies in what INEC is doing,” he reveaked.

"I just read two days ago that the president gave the families of those that died N75 million and jobs. That is one year after and up till now, the minister who organised this scandalous situation is still a minister and nothing has been done about it.

"So, the extraordinary thing would have been that those millions of young men and women were given jobs by his administration.

“If for example, by the end of the four years he has been President, a substantial number of our youths through creative means have gotten jobs, I would say yes, Goodluck Jonathan has done an extraordinary thing but if you construct a road from Benin to Ore or from Calabar to Enugu, this is something that you are supposed to do; it doesn’t take any extra intelligence for anybody to do it once there are the resources... So, there is nothing extraordinary I can say that Jonathan has done.”