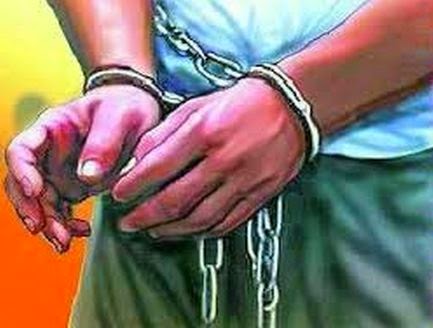 Twenty-five-year-old Monday Maule has been accused of raping one Mrs. Chinyere Samuel, his neighbour’s wife, who is eight months pregnant and has four children.

Maule was said to have committed the act on Monday, February 23, 2015.

It was gathered that Mr. Samuel, Chinyere’s husband, was not always at home due to the nature of his job. Samuel, a Ghanaian by nationality works with a Chinese construction company and hardly returns home to his family.

Our correspondent learnt that Maule allegedly committed the act by sneaking into the couple’s apartment during the early hours of the day (5am) at Friends Colony Agungi, Lekki, Lagos.

It was learnt that Chinyere and her children were fast asleep and Maule seized the opportunity to overpower her.

Chinyere was said to have woken up to find Maule on her. She quickly raised the alarm and attracted other neighbours. The incident was said to have caused her emotional and physical damage.