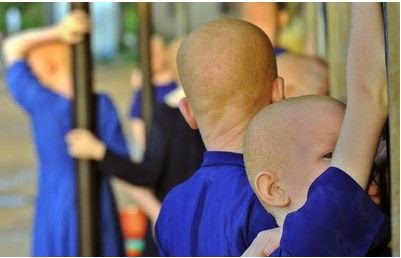 More than 200 witch doctors and traditional healers have been arrested in Tanzania in a crackdown on the murder of albino people. The killings have been driven by the belief of some witch doctors that their body parts have properties that confer wealth and good luck.

The government in January banned witch doctors as part of its efforts to prevent further attacks and kidnappings targeting people with albinism, but it just reduced the killings, it did not stop it.

Over 200 witch doctors have been arrested so far. The latest victim of their crime was a one-year-old albino boy that was killed in north-western region a few weeks ago.

Tanzania president, Jakaya Kikwete who is disturbed about this, has condemned the act and described it as an "evil" that has shamed Tanzania.