My Girlfriend led me into robbery-17-year old 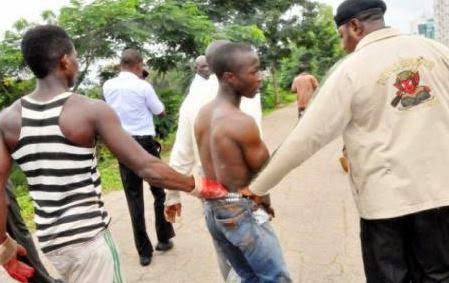 Operatives of the Special Anti-Robbery Squad, SARS, Enugu State police command, have arrested one Uchenna Ikwuegbu who was allegedly on the verge of launching a robbery attack on residents of Maryland axis of Enugu.

Acccording to Vanguard,the 17 year old suspect was arrested on February 16, following surveillance reports. He was arrested with a locally-made pistol, cut to seize with two live cartridges.

“I acquired the gun from a timber mill at Maryland. The urge to meet up with the demands from my girlfriend, Chinaza, living at Uwani axis of Enugu, propelled me into robbery.

“I had acquired the gun to unleash robbery attacks on residents of Maryland in order to dispossess them of their valuables. “I was on the verge of carrying out the act when the operatives swooped on me. I do not know how they knew I was carrying a gun. I am so ashamed of myself now. I do not know what led me into this.

“My parents are crying their hearts out over this incident. They are so disappointed in me. I want to call on teenagers like me to shun robbery and other nefarious activities because the security operatives are always watching.”