My son is a dog, an animal...ISIS main Killer Jihadi John's father disowns him 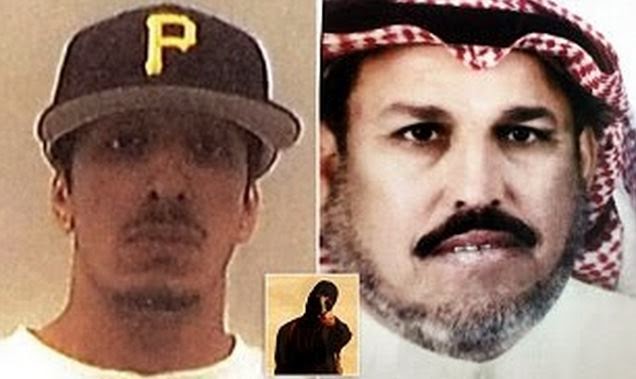 Jihadi John's father has disowned his terrorist son in an emotional outburst, calling him 'a dog, an animal and a terrorist'.

Jaseem Emwazi blasted his killer son Mohammed - who was last week revealed as the notorious Islamic State executioner - and said: 'To hell with my son'.

In a phone call to a colleague yesterday, Jaseem is said to have broken down in tears and confessed he was 'ashamed' of his son.

Abu Meshaal, 40, who works with Jaseem in a supermarket depot in rural Kuwait, told the Telegraph that Mr Emwazi disowned his son when he telephoned his family to tell them he was fleeing to Syria in 2013 and to beg for their forgiveness.

'Mohammed called his father and said 'I'm going to Syria to fight jihad, please release me and forgive me for everything'. Jassem said, 'F*** you. I hope you die before you arrive in Syria'.'

Jaseem is said to be too ashamed to return to his job as a storekeeper after his son's identity was revealed last week.

He appeared drawn but did not display any signs of emotions when he visited his lawyer in Kuwait today, the BBC reported.

His lawyer said he was in a 'state of shock' after being questioned by the Kuwaiti authorities about his son's actions.

All I know is that he was talking about his son whose behaviour he was not able to control. He was so tired and kept on repeating that my son is not a good son. Yesterday, it was revealed that Emwazi's mother Ghania screamed out in shock when she realised that her son was Jihadi John after watching a beheading video. 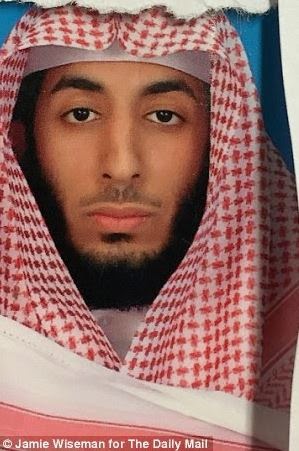 She was described as 'absolutely devastated' when she discovered he had fled to Syria, and a friend said she had been 'crying ever since. She keeps asking her friends to pray for her son, pray for him to come back and so on.'