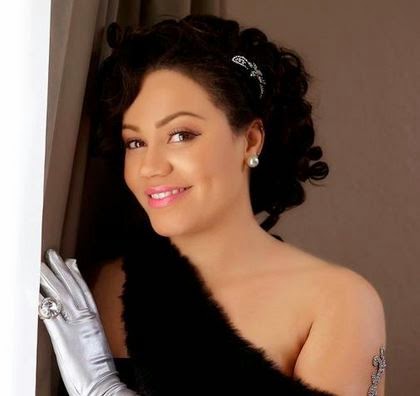 There have been speculations as to who Nadia Buari's baby daddy is..While many say it must be Jim Iyke, it is been reported that they broke up 11 months ago and she is now engaged to the father of her twins.

According to e.TV’s Vanessa Gyan, Nadia Buari gave birth in a hospital in Atlanta in the presence of her mother and brother and her fiancée showed up later. Her fiancee is reportedly someone she went to university with.

She also revealed on The Late Nite Celebrity Show that her sources told her Nadia and Jim Iyke broke up about 11 months ago briefly after he proposed. Jim Iyke is not the father of Nadia’s twins. Nadia is currently engaged to the father of her twins.

Worthy of note is the fact that, at the period when Nadia Buari gave birth in Atlanta,Jim Iyke was in Canada..