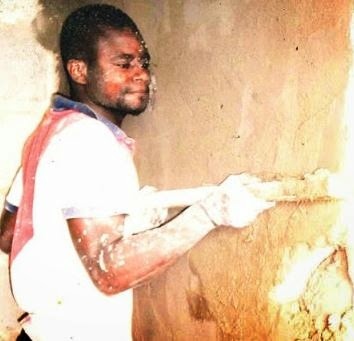 The family of a bricklayer, Femi Aremu, has accused men of the National Drug Law Enforcement Agency of killing him.

Aremu was allegedly killed by a stray bullet on Tuesday February 24, 2015, while working at a shop belonging to one Ganiyat Lateef at Ikota Housing Estate.

It was gathered that the NDLEA officers from Ikeja came at about 12.40pm on the fateful day to arrest one Anuwa Bello, who was said to be a suspected cannabis dealer in the area.

It was also learnt that some hoodlums in the community barricaded the streets to prevent the NDLEA officers from leaving with the suspect.

Sensing a mob attack, the NDLEA men were said to have fired some shots into the air to scare the mob.

It was learnt that one of the bullets hit Aremu and he died instantly.Ganiyat, who engaged Aremu’s services, condemned the manner in which the NDLEA men conducted themselves during the operation.Speaking to our correspondent on the phone, she said,
“They were just shooting anyhow. People were running helter-skelter, not knowing what was happening. Femi (Aremu), who was working in my shop, was shot in the process and he died on the spot.”

Ganiyat’s husband, Olatunji Lateef, said, “The NDLEA officials came in five vehicles numbering over 30. They came on mufti and were all armed.

“The only way we identified them was through the red vest they wore with the NDLEA written at the back. All of a sudden, we started hearing gunshots and people started running. I ran into the shop to take cover, but Femi was not so lucky. Everything happened so fast and before we knew what was happening, Femi was already on the ground. The bullet hit him in the head.”

Bolaji Aina, a friend to the Aremu family condemned the killing, stressing that such was unprofessional. He said the family had written a petition to the Lagos State Commissioner of Police, calling for a prompt action to bring the perpetrators to justice.

The spokesperson for the NDLEA, Mitchell Ofoyeju, denied the killing, but said that the agency would investigate the allegation.

On the activities of the NDLEA on the said day, he said, “Our men went on an official assignment to the area. We received information on one Anuwa Bello. When we got to Bello’s residence, we conducted a search and recovered 14.6 kilogrammes of cannabis.

”On our way back to the office with the suspect, some hoodlums barricaded the road in order to prevent our men from leaving with the suspect. In the face of such daring confrontation, our men were left with no choice but to fire some shots into the air to disperse the hoodlums.
“This is not the first time our men will be witnessing such resistance in the area. The suspect is a notorious cannabis dealer and he will be charged to court. On the allegation of the killing, it was the following day that some people, who claimed to be members of the Oodua People’s Congress, came to the office to complain that they found a dead body after our men had left the area.
“We are however, investigating the allegation of the residents.”