Nemesis will Catch up with Corrupt APC Leaders – Fani-Kayode 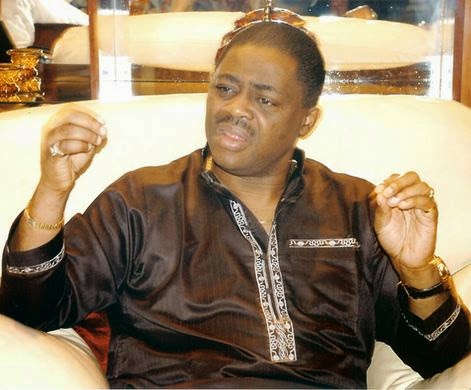 The Director of Media and Publicity of the Peoples Democratic Party Presidential Campaign Organisation (PDPPCO), Chief Femi Fani-Kayode says nemesis would soon catch up with the corrupt leaders of the All Progressives Congress (APC).

Fani-Kayode stated this against the backdrop of a forged letter purportedly signed by the Chief of Staff to the President, Brigadier Jones Arogbofa and believed to have been circulated by the opposition APC, instructing the Economic and Financial Crimes Commission (EFCC) to go after APC leaders before the anti-graft agency dismissed the claim.

“We have said it before and we shall say it again: the entire leadership of the APC is suffering from paranoia and delusion. They are hiding under their beds and running from their own shadows,” the former Aviation minister said.

According to a statement, Fani-Kayode said the false claims showed that the APC leaders have lost their peace. “This is a clear case of the biblical provisions that say ‘there is no peace for the wicked’ and that ‘the wicked run even when no-one is pursuing them’. These people have lost their peace and they are running even when no-one is pursuing them.

“If they are so sure of winning the election and if their hands are clean, then why should they be having nightmares about the EFCC? The truth is that they are a party that are struggling with their shady past and the sordid catalogue of horrendous sins and crimes that have been committed by their leaders over the years

“It does not take a letter from the Chief of Staff to the President to the EFCC chairman to provoke the security agencies to swing into action against them. Given the grave, serious and sordid allegations that have been made against most of them over the last few weeks in various television documentaries the Nigerian people themselves are asking questions and demanding answers.

“As a matter of fact even Nigeria’s partners and friends in the international community are asking those same questions and demanding answers too,” he said.