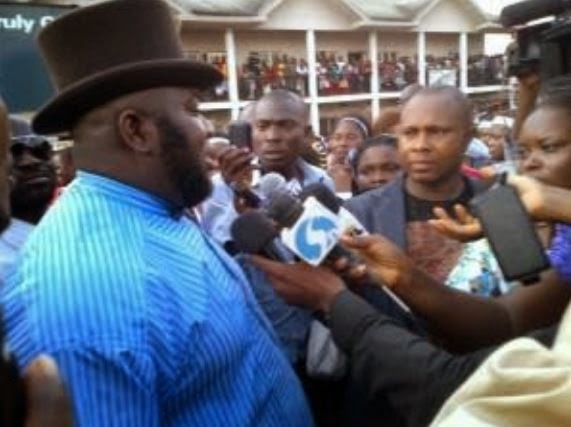 Former militant, Mujahid Asari-Dokubo has aired his displeasure after his PVC was rejected by the card reader at his polling unit at Bakana in the Degema Local Government Area of Rivers State.

The ex militant said no body would leave the polling unit till everyone is accredited as the card reader was also unable to accredit other voters .

He said it was a deliberate attempt to disenfranchise his people..