NSA Dasuki is working to rig election for Jonathan - Wammako 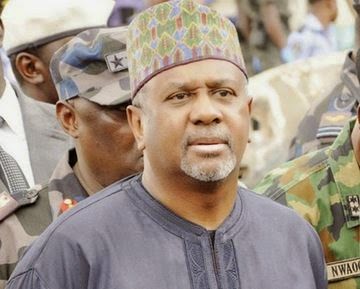 Governor Aliyu Wamakko, has alleged that the Peoples Democratic Party plans to induce returning officers through the National Security Adviser, Sambo Dasuki, to rig the forth coming general elections in the north western states of Sokoto, Kebbi and Zamfara.

Wammako made the revelations in Sokoto while receiving members of the Savannah Centre Council of the Wise led by its Coordinator, Prof. Ibrahim Gambari who paid him a courtesy visit.

In the words of the Governor: “Let me tell you frankly that just last few days, the NSA came to Sokoto and he was in Kebbi because he is trying to justify that he is working for Jonathan.

“He went extra mile to consult with some university lecturers who are going to serve as returning officers in Sokoto, Kebbi and Zamfara States that when the election is going on, they should go ahead and announce the result and they will be given military and police protection.

“And whatever happens, he does not care. So, I want this council and Nigerians to be aware that whatever that will happen in these three states, Dasuki should be held responsible.

“He came personally and made these plans in connivance with Bafarawa and a former minister so that results are going to be announced even before the election is finished. They are people who do not wish this country well,” he said.

Governor Wammako stated categorically that: "We had uncovered plots by the National Security Adviser (NSA), Col. Sambo Dasuki (rtd.) in connivance with former Governor Attahiru Bafarawa, to induce some university dons who would serve as returning officers to rig the March 28 presidential poll in Sokoto, Kebbi and Zamfara States in favour of PDP."

He alleged that the NSA held a secret meeting with the university dons few days ago in the three states in a bid to induce them so that they would announce the results of the presidential poll even before the conclusion of the election.

"We are battle ready as we will resist any act capable of forcing unpopular leader on us”, he went ahead to alleged that Dasuki’s sinister plots for the three states was to justify the position he occupies and the money collected from the presidency.

Wamakko accused President Jonathan of desperation to remain in power at all costs and likened him to former Ivorien President, Laurent Gbagbo.