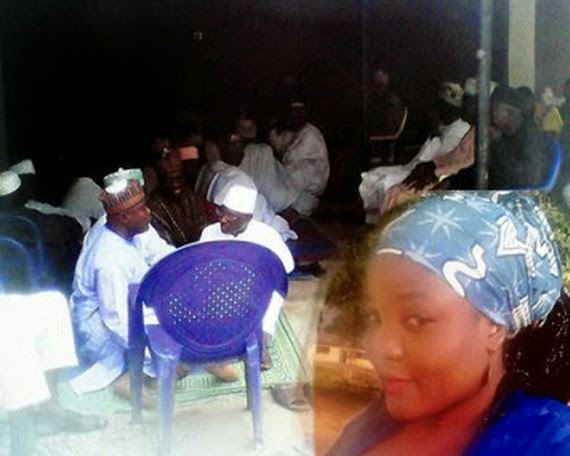 Mustapha, who confirmed her daughter’s murder to Punch Metro, said Memuna, before her untimely death, was in the Department of Entrepreneur, Faculty of Administration at the Pianku campus of the Nasarawa State University, where she was studying for a National Diploma.

“It was on Thursday, February 26, 2015. My daughter left home for school to sit for a test at the Pianku campus along Nasarawa Road along with three of her friends.”

The Special Adviser said the test was for 10am and he expected his daughter home a few hours later.

He added that he became worried when Memuna did not come home on the day. He said he never saw his daughter alive again until her decomposing body was found along Agwan Ozoro, in the Karshi development area of Nasarawa State.He said,

“Upon hearing the news, I mobilised people to go there and check if it were her remains that were found. On reaching there, the search team told me that the body had decomposed beyond recognition.

“They added that the body was found inside a deep well, saying several attempts made to remove the corpse from the well were unsuccessful.

“It was when the police brought her picture that we were able to identify her through her legs and there was nothing we could do but to bury her there according to Muslim injunctions.

“She had been in Keffi for the past three years with her mother, who is also an undergraduate at the department of accountancy of the same institution.”

Investigation by PUNCH Metro showed that Memuna was found without a head as it was suspected that her assailants might have decapitated her before throwing her remains inside the well.It was also said the people responsible were ritual killers.

Some passersby, who spoke on condition of anonymity, said they sighted the victim on a motorcycle at about 12pm.

Mustapha, who described his daughter as peace loving and humble, said he never saw her keeping any bad company.

“Those that did this dastardly act will not go scot-free.

“Her death is still a mystery to us, but, however, as a Muslim, we have consolation in God.”

The mother of the deceased, Hajiya Hassana Galadima, said her daughter left home for her lecture with her friend, Aisha.She said,

“The duo usually went to school together and used to return home at about 5pm every day. I even have a photocopy of her timetable in order to monitor her movement.”

The Police Public Relations Officer, Nasarawa State command, ASP Umaru Ismaila, who confirmed the incident to PUNCH Metro on the telephone, said, “Investigation into the incident is ongoing.”