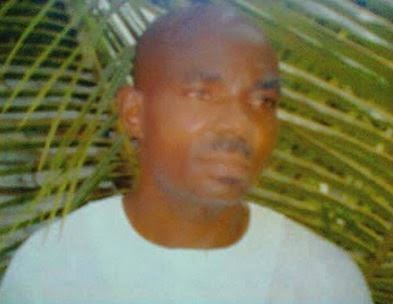 Tragedy struck in the Noforija, Epe area of Lagos State after a robbery gang stabbed to death a hotel manager, Oduwobi Olalekan.

The incident happened on Wednesday around 10pm in the 12/30 Hotel where the 40-year-old was a manager.It was learnt that the hotel is owned by a government official in the state.

Our correspondent learnt from an eyewitness and a resident, Semiu Abiodun, that the robbers had sneaked into the community without being seen by security men.

Punch Metro gathered that the hotel had an extension, which shared a fence with a building where Abiodun lived.The robbers were said to have hidden in the extension, which was still under construction.

“I was watching television that night when I heard a noise as one of the robbers jumped from the extension into our building. There was a power outage, but my generator was on and my outside bulb was working, so I could see clearly.

“Then I watched as he sliced my net. At that point, I shouted on him, and he jumped back into the extension where I believe the rest of his colleagues were hiding.

“I ran out and raised the alarm and people joined me to shout and wake up those who might be sleeping.”

It was learnt that the robbers began hauling granite at the residents while they ploted their escape.

Abiodun said he went to the front of the hotel to inform and warn the hotel manager against the presence of robbers.

“The hotel manager immediately went to the back of the hotel, while I went to a second street to mobilise more people.After a while, as I was standing on the street, one of the robbers walked past me and I couldn’t say anything for fear that he would attack me.

“But after he passed, I shouted, ‘thief, thief, thief’ and he began to run,” he added.

The fleeing suspect, who had blood stains on his clothes, was said to have been apprehended.

He was reportedly found with a gun, and handed over to policemen from the Epe division.Upon interrogation, he was said to have led the police to the hideout of three other suspects.

PUNCH Metro learnt that Olalekan’s whereabouts was initially unknown and residents began looking for him that night.

He was later found dead at the back of the hotel, where the robbers had attacked him.

“He was stabbed in different parts of his body and abandoned there. He was killed so that he would not expose the robbers,” a source said.

On Saturday, our correspondent learnt that the family of the late Ijebu Igbo, Ogun State indigene, took his remains to his hometown where he was buried.The Police Public Relations Officer, Kenneth Nwosu, confirmed the incident.

“The man was the manager of the 12/30 Hotel. Five persons stormed the place and shot him. He was rushed to the hospital and he died on the way. Four persons have been arrested in connection with the case. We recovered a pistol from the suspects. The matter has been transferred to the State Criminal investigation Department, Yaba.”