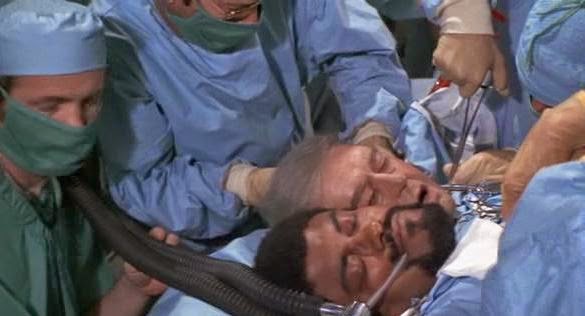 An Italian doctor, Sergio Canavero, believes that it’s now possible to slice the head off one person, stitch it to the decapitated body of another, and then reanimate the two-human mash-up. What’s more, he says the first head transplant operation could come in two years, New Scientist reported.

The goal of such an audacious operation would be to extend the lives of people whose bodies were too diseased or injured to keep the head alive. As Canavero told The Huffington Post in an email, “Go to any neurology ward, ask to see someone with muscle-wasting disorders, and the answer [as to why the surgery makes sense] will be crystal clear.”

That sounds simple enough, if perhaps a bit ghoulish. But not everyone is convinced that head transplantation is medically feasible or ethically sound. And then there’s the high cost of the head-swapping surgery–Canavero’s best guess is $13 million a pop.

Canavero, of Turin Advanced Neuromodulation Group, first proposed the idea for head transplantation in 2013. Now, in a new paper published Feb. 3, 2015 in the journal Surgical Neurological International, he outlines the surgical techniques that he believes will move head transplants from the realm of science fiction to medical fact.

These range from cooling the head and donor body to prevent cell death to using a super-sharp blade to cut the spinal cords very cleanly so that the nerve fibers are better able to fuse. Following the surgery, the patient would be kept in a coma for weeks in order to prevent movement that might interfere with healing.