Sule Lamido is Attacking Buhari to Save His Sons from EFCC 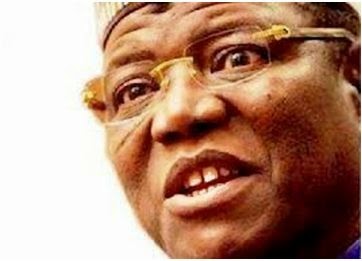 Governor Sule Lamido of Jigawa State is being used by President Goodluck Jonathan to attack the APC presidential candidate Muhammadu Buhari because of his sons’ money laundering case pending before the Economic and Financial Crimes Commission (EFCC), the Buhari campaign office said.

They asked, “When did Lamido become a spokesman for the North and what did he and other Jonathan apologists negotiate for the North as the South West has been doing with Jonathan in the last two weeks?

The campaign spokesperson, Garba Shehu, disclosed at a press briefing on Sunday while reacting to a radio interview granted by Lamido same day where he was expected to attack the personality of Buhari.

He said the interview which FRCN stations have been directed to link up for live coverage and its contents "as agreed with Vice President Namadi Sambo and President Jonathan are to essentially damage Buhari."

Shehu said Lamido would state at the interview that Buhari “will be a figurehead while Osinbajo will be the de-facto President. He will give examples of GMB's leadership style mentioning Idiagbon (COS-SHQ) and Salihijo (PTF).”

He added that Lamido will claim that situation “is unfair to the North as the South-West will be indirectly getting another term of office as president in addition to the Obasanjo years, so Northerners should not be deceived into voting APC.”

The Buhari campaign spokesperson said “Lamido had been pressured to do the interview because of the EFCC pressure on his sons' corruption charges.

“Lamido has never worked near or with GMB to know his leadership style. Those working closely with him in the APC know otherwise.”

Shehu also asked, “As a self- appointed Northern interest spokesman, what is his (Lamido) response to the pejorative references made by Mrs. Patience Jonathan about Northerners?”