Home Gossip News There was No Election In Rivers State, all the Result Sheets was Hijacked – Governor Rotimi Amaechi

There was No Election In Rivers State, all the Result Sheets was Hijacked – Governor Rotimi Amaechi 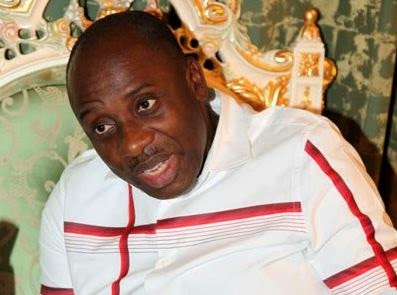 The Rivers State Governor, Rotimi Amaechi, is calling on INEC to conduct the elections in Rivers State, saying that after all that he witnessed on Saturday, there was no election at all in the state.

Speaking to Channels Television’s election coverage programme, Nigeria 2015, in the early hours of Sunday, Amaechi alleged that there was a deliberate plan to truncate the process in the state.

“I realised that in all polling units in my ward, all the result sheets had been hijacked and I sought to know why (and) the presiding officers reported that the EOs, that is the Electoral Officers had taken all the result she.

“Then I began to receive calls from all over the state that they took all the result sheets. I then called the Electoral Commissioner in charge of Rivers State who hails from Bayelsa and shared the same office with the President when the President was working with OMPADEC.

“All she was saying was that as far as she was concerned there were result sheets and I said look ‘There are reports all over the state can you please verify that?’ She refused to say anything further and switched off her phone,” he said.

Governor Amaechi said that up till 5pm he was still at the polling unit asking for the result sheets.

He expressed confidence that the international observers’ reports would validate his claims as they also confirmed that they had been to about five Local Government Areas and there were no result sheets.

Reaction to the possibility of election results being announced eventually, Amaechi said,

“We will not accept that.”

He wondered how INEC would come about the results when many of the presiding officers did not return with the card-readers as directed by INEC.