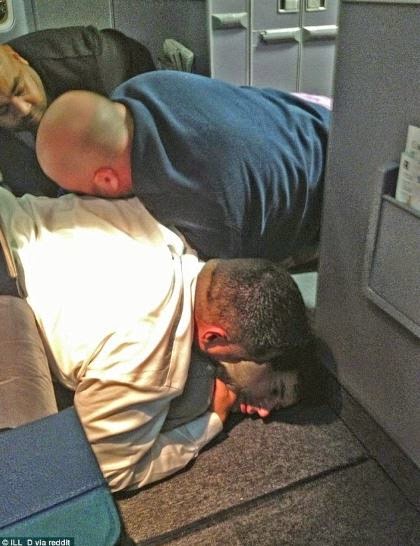 A man was pinned down and punched by fellow passengers on a plane, after heading towards the cockpit shouting Jihad Jihadi and threatening to hijack the aircraft,

The United Airlines plane which was flying to Denver, Colorado had to return to its departure airport in Dulles, Washington last night .

Donna Tellam, a passenger on board the flight, said two men grabbed him and held him down.She told ABC news...

"One held his feet and the other one kind of laid on top of him and then the flight attendants went and got some plastic restraints for his arms," . “At one point when his head was down he said there were jihadists in the cargo hold and he did say jihad a couple times."

He was immediately wheeled to a hospital for evaluation.