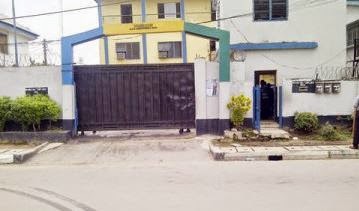 How possible is it to hide a corpse indoors for three years? That is the big question on the lips of neighbours at the Ifako-Ijaiye residence of a 60 year old woman identified as Mrs. Joy Olatunji Shittu. read more from Express NG:

Together with her two daughters, Aishat and Toyin have been arrested by the police at Ojokoro Division. The matter is now under criminal investigation at the State Criminal Investigation Department, SCID, Panti, Yaba, Lagos.

The sad incident happened at their family house at 14b, Olaitan Mustapha, off Clem road, Ifako-Ijaiye, Ojokoro area of Lagos. It was learnt that the deceased, Jimoh Olatunji Shittu, died in 2012 under strange circumstances.

But when queried, the bereaved wife said that her late hubby was sick for eight years before he died. And when they took him to Delta State to bury him on his land he bought there, they discovered that the land has been sold to another person who prevented them from buring him there

Following a tip-off from neighbours, Policemen from the Ojokoro Police Division stormed the residence and arrested the family. A source said that the mother and her daughters had employed the regular use of chemicals to embalm the dead body in a room. Neighbours said that they were the only occupants of a block of four flats.