Home Entertainment Funzy Gossip Woman who thought she was buying sexy gown online ended up with this... [PHOTOS]

Woman who thought she was buying sexy gown online ended up with this... [PHOTOS] 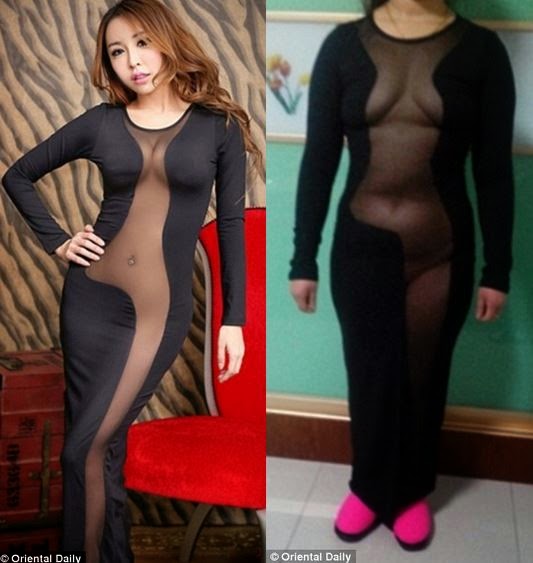 An angry  Chinese shopper has posted photos after the risqué black dress she bought turned out to be different on her than what she expected .The woman bought the dress from eCommerce site Taobao.
and was hoping to emulate the daring look shown online, the real deal turned out to be less glamorous than she hoped. She then posted it on the sellers page, asking for a refund..

Now,the issue is ,the problem may be her figure,not the dress..I don't think the vendor is to blame oooo lol 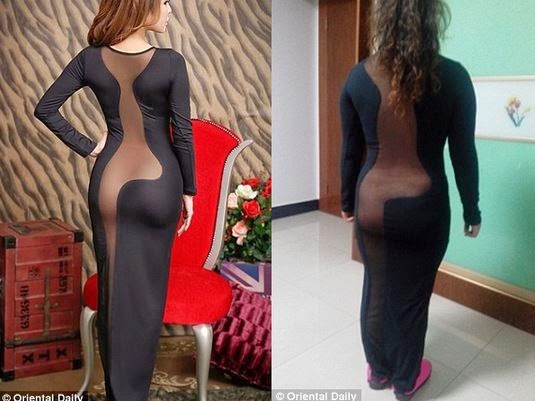 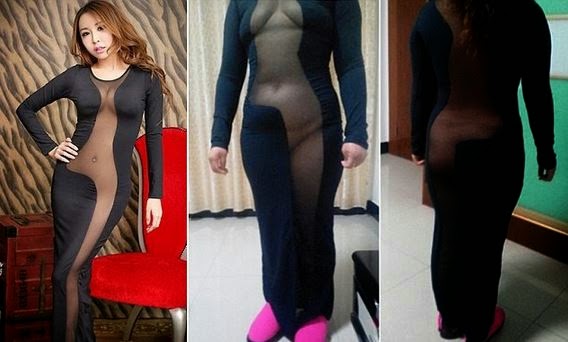