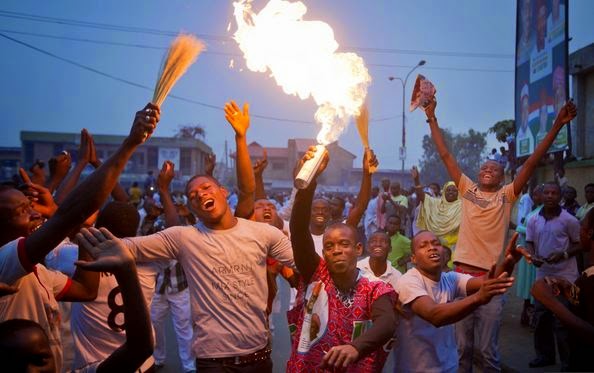 According to Vanguard’s report, not less than 25 people died in Abuja, Kano, Makurdi and Kontagora on Wednesday, April 1, while celebrating the victory of President-elect, General Muhammadu Buhari (retd).

17 people reportedly died in Kano, four died in Abuja, three in Kontagora, Niger State while one person was reported dead in Makurdi, Benue.

Kano State Police spokesperson, ASP Magaji Majia, said: “We discovered seven dead bodies of unknown persons on the streets after the celebration and investigations has commenced on how and why it happened.”

In Makurdi, the people who died were among youths in Wadata and North Bank area, who were said to have engaged in acrobatic displays with their motorbikes, as soon as the result was announced.

In Kontagora, Niger State, the Commissioner of Police, Olusola Amore, reportedly confirmed that three supporters of All Progressives Congress, APC, were crushed by a motorist, while celebrating on the highway.

While in Abuja, four people are believed to have died through a fall, while trying to climb the Lugbe Pedestrian bridge with their motorcycles.