America Bars Orubebe, Dokubo, Wike and others from entering their Country 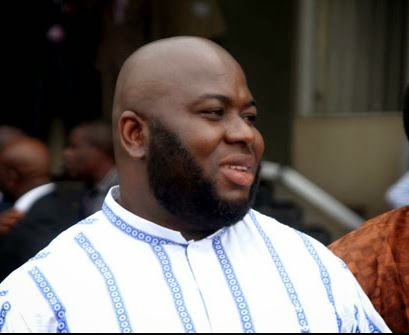 America has declared a former Minister of Niger Delta Affairs, Mr. Godsday Orubebe, Rivers State Governor-elect, Nyesom Wike, former militant commanders, Mujahid Asari-Dokubo, Government Ekpemupolo (Tompolo) and several other persons who either encouraged violence through inciteful comments or interfered with the electoral process during the last general elections as persona non-grata, meaning that they are barred from entering the United States and subjected to visa sanctions.

Read more after the cut...

Though the US government did not specifically name those it intends to punish for their actions before, during and after the elections, Orubebe, Wike, Tompolo, Asari-Dokubo, First Lady Patience Jonathan, Katsina State Governor, Ibrahim Shema and several other major political actors made national news headlines by their heated comments and actions.

According to Greenbarge Reporters, the US Assistant Secretary of State for African Affairs, Linda Thomas-Greenfield, who disclosed this in an article captioned ‘When Nigeria decides, Nigeria wins,’ hailed Nigerians for participating peacefully and enthusiastically in the electoral process which culminated in the election of General Muhammadu Buhari of the opposition All Progressives Congress (APC).

The Assistant Secretary of State, who was also one of the international observers that monitored the elections, noted the commitments made by President Goodluck Jonathan, who lost his reelection bid and Buhari to work together in order to ensure a peaceful and smooth transition to the new government. She warned Nigerians that the next phase will be critical -