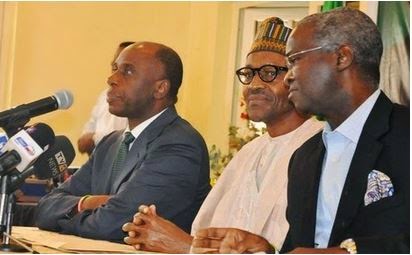 It is easier to win an election than manage the spoils of the victory. That is the reality. Leaders of the APC on Thursday failed to reach a decision on the zoning of juicy political offices at the national level.

They met at the Rivers State Governors’ Lodge at Asokoro, Abuja all through Wednesday night and the early hours of Thursday in a charged atmosphere.

A leader of the party said, “We have to be careful in dealing with such sensitive issues because we must carry everybody along to eliminate the possibility of having aggrieved members who could be used by our opponents."

The leaders adjourned the meeting after considering the party’s performance in the last general elections as well as the way forward for this week’s re-run elections in Abia, Imo and Taraba states.

They felt more consultations were needed before a final decision could be taken on position sharing.

A highly placed member of the party, who spoke to Punch about the meeting, had this to said:

“If you remember, the President-elect, (Muhammadu Buhari) has promised to be the President of those who voted for and against him and even those who did not vote. And in keeping with this promise, we want to come up with what is fair to all like we have done so far. We may meet again today(Thursday) or tomorrow(today).”

APC National Chairman, John Odigie-Oyegun, was mandated to meet with the serving and elected lawmakers of the party to feel their pulse on the zoning of the principal offices in the National Assembly.