Attack on shops owned by other Africans continue in South Africa 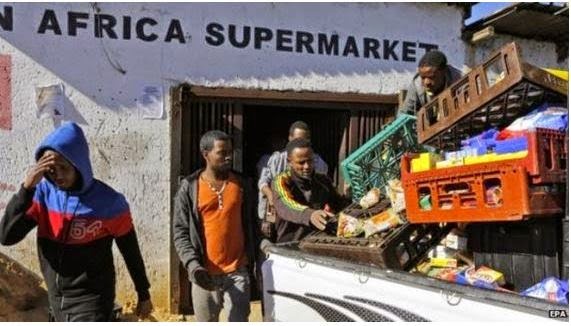 Despite the global outcry over the recent Xenophobic attacks in South Africa on African migrants, Eastern Johannesburg yesterday night into the early hours of this morning recorded fresh attacks on shops owned by foreigners while a car and a building believed to be owned by a foreigner was set ablaze.

200 foreigners had to run to the Gauteng province Police station where they are now taking refuge. 12 of the South Africans who carried out the attack have been arrested and according to the police, they will be charged to court. Meanwhile most shops owned by foreigners are still under lock and key as they wait for the South African government to bring the situation under control.