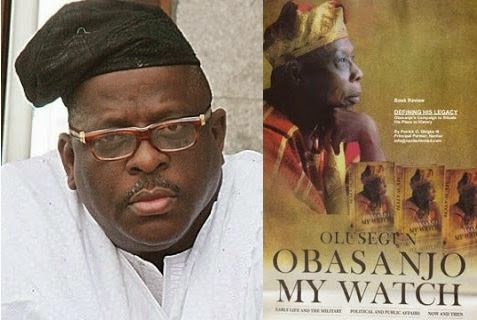 A Federal High Court in Abuja has vacated the order restraining ex-President Olusegun Obasanjo from publishing, printing or offering for sale, his controversial autobiography titled “My Watch.” which had been in the custody of the Nigerian Customs Service since 2014 following a N20billion libel lawsuit by PDP chieftain, Buruji Kashamu, asking the court to stop the distribution of the book because of some things Obasanjo wrote about him in the book. In the book, Obasanjo described Buruji as a fugitive wanted in the US. A court, last year, ordered security and law enforcement agencies including ‎customs to confiscate the book anywhere they saw the book.

But on Monday, Justice Valentine Ashi who in December 2014 placed a ban on the book, vacated his earlier order on the ground that the plaintiff and a PDP chieftain, Buruji Kashamu, suppressed fact from the court to obtain the order.

Justice Ashi afterwards set aside his order directing the Inspector General of Police (IG), the Director General of the Department of State Services (DSS) and the Comptroller General of Customs (CGC) to recover the published book from all book stands, sales agents, vendors, the sea and airports and deposit them with his court’s registrar pending the determination of the substantive suit.

He also restrained the Comptroller General of Customs (CGC) from charging demurrage on copies of the book already confiscated. The case was adjourned to May 25 for further hearing.