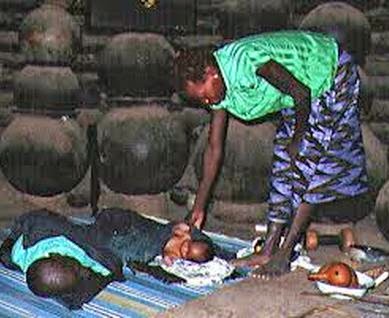 Residents of Irele township in Ondo state have been hit by a deadly diseases.

According to reports, the victims wake up

blind, with a terrible headache and die within a few hours. At least 15 people who contracted the disease are feared dead.

Ondo state Commissioner for Health, Dr. Dayo Adeyanju, said the disease was discovered yesterday but didn’t say how the victims contracted the disease or how it can be passed on to others.

Hopefully, the Minister of Health will tell us what’s happening.