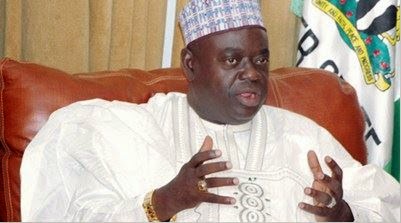 The Niger state governor, Babangida Aliyu, has finally reacted to Saturday’s March 28, National Assembly elections that halted his senatorial ambition after losing to the Niger-East senator-elect, David Umaru, of the All Progressives Congress (APC).

The governor, who spoke with Nigerian Eye on Wednesday in Minna and conceded defeat, revealed that he had tried calling the senator-elect to congratulate him but his calls and text messages have not been answered nor returned.

“I have already conceded defeat to Barrister David Umaru. I have called Umaru’s number about seven times after he was declared the winner but he did not pick my calls. I sent a text, saying, ‘This is the Chief Servant calling, please pick’ and I have not received a reply by now. I have no qualms about the defeat. I did not see my defeat as an insult to my person but as God’s will,” he said.

Aliyu advised the electoral umpire to appreciate its failings in the last Saturday’s elections and work towards correcting them for future polls.

He also thanked President Goodluck Jonathan for his gentility and statesmanship in congratulating the All Progressive Congress (APC) President-elect, Maj. Gen. Muhammedu Buhari, pointing out that the president’s action quenched whatever tension that was on the ground during the collation of the results.

“President Jonathan’s approach doused whatever tension has been created. It worked to smoothen whatever rough edge the elections would have created. We hope that the transition will be smooth and everyone will see a friendly handover,” he said.

Aliyu revealed that the ruling Peoples Democratic Party (PDP) defeat in the state was a wake up call for it to restructure and put its house in order before the governorship and House of Assembly elections slated for April 11, 2015.
The governor who was contesting on the platform of the PDP for the Niger-East Senatorial District was trounced by the candidate of the APC, David Umaru by a wide margin.

Aliyu was among the governors that were absent on Wednesday when PDP governors went to the Aso Rock Villa, Abuja to pay President Jonathan a solidarity visit.