'I still insist that Buhari has no WASCE certificate' - Doyin Okupe 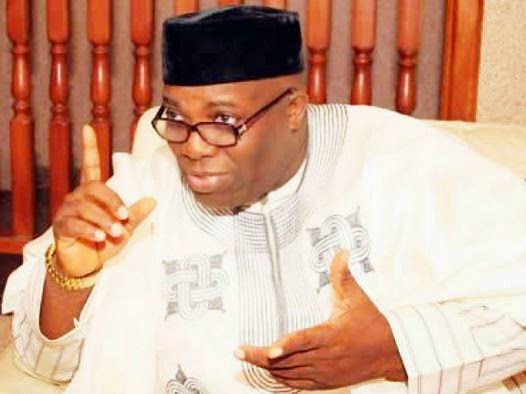 The presidential aide shared this on his Facebook page. Read below...

These are very interesting times in our nation. An election has come and gone. A victor has emerged and the loser has conceded. Yet some of our folks are behaving as if we have just gone through a war between two hostile nations. Apc agents all over the place are unrelenting in their tirades of abuses, insults and lies against President Jonathan, his aides and supporters.

It is shameful that we are still saddled with denying falsehood & fabrications in the social media and even hither to highly respected Newspapers. Missing $20b found in an account in zenith. PGEJ returns tons of dollars to federation accounts. N2trillion spent on elections by PGEJ. Okupe says chibok girls will not be found.How many lies, deliberate falsehood and evil propaganda, outright curses and attacks must we suffer just because we lost an election in which we were never disgraced.

Those who talk to us disparagingly should respect the sentiments of the 12 million who voted for Jonathan.

Of course we have our reservations about the results but we will pass on that for now.

We have lost this election but this is not and can never be a crime. We are all Nigerians and haven lost does not make us less. We should be allowed to bow out peacefully and constitutionally on the 29th of May.

Yes I said buhari was not electable. I also said his victory will not happen. I said and I Still insist that buhari has no WAS certificate. I said a lot of things to promote my candidate and many things to put his opponent down.

I have no regrets for any of the statements I made. Law Mohammed said worse. This is the nature of politics. For any one who cares to listen. We will be back Period.