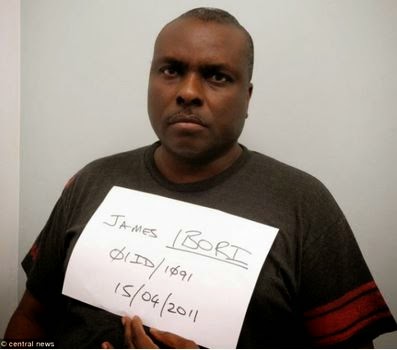 An Ijaw group called the Ijaw People’s Development Initiative, IPDI, in Delta State, over the weekend asked President Jonathan to grant presidential pardon to former governor of Delta state, James Ibori, before he leaves as president of Nigeria on May 29th.

"Ibori should be freed. Hundreds of persons, who looted heavily from government coffers are walking freely in the streets. The continuous incarceration of one corrupt man among a million other corrupt citizens cannot change the menace of high level corruption in the country. Ibori’s imprisonment could be seen as a witch-hunt and such is highly barbaric and provocative and the Nigerian government must quickly do something about his matter. Despite the ordeals Ibori is passing through, Deltans hold him in high esteem and his great achievements while in office cannot be discountenanced.

There should be no sacred cow among political office holders. Ibori’s case is not different, he is a victim of circumstances. Release him and let him breathe fresh air and let other corrupt public office holders be tried as well.” National President the group, Mr. Austin Ozobo, in interactive with newsmen, said (Vanguard)