I'll rather resign from politics than join APC,those defecting are suffering from poverty - Gov.Muazu 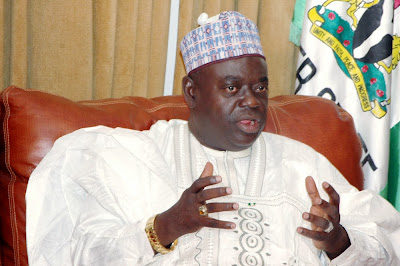 Niger state governor, Dr. Muazu Babangida Aliyu has said he would rather esign from politics than join the APC.The outgoing governor who lost in his Senatorial bid called those PDP members defecting political prostitutes..

”Those who have defected from PDP to APC have clearly demonstrated that they are not principled and they are suffering from poverty,lack integrity and not morals and could easily be described as stomach politicians. For me, I will rather resign from politics than defect to APC or any other party.”For principles of integrity, morality, we have chosen to remain in PDP. I heard people insinuating that I have dumped my party candidate for the APC candidate. It is a lie, I will never do such a thing,” he declared.